Our Apps and Web Sites are optimized for access on all platforms such as;

What this means is that our websites are smart and realize what type of device has connected and they optimize themselves accordingly. No more awkward zooming to read the text on your tablet or smartphone!

According to the Office For National Statistics;

Regular internet use continues to rise, with more than 8 in 10 people going online almost every day in 2016.” 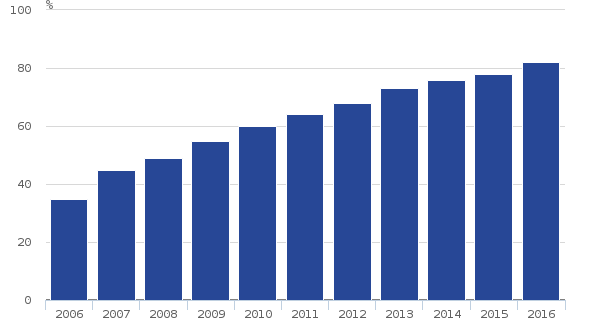